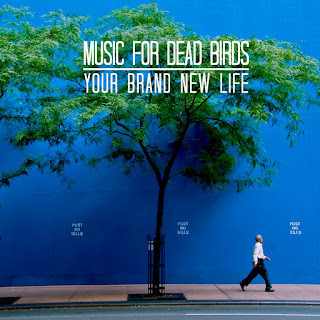 Our new EP is now available worldwide as a digital download from itunes/bandcamp/most other on-line stores and as a limited edition of 100 hand numbered CD's from our bandcamp. You can stream the EP below to try before you buy. It was recorded at The Hive Studios in Wicklow by Eoin Whitfield on a weekend in August 2015. The cover photography was taken by Pedro Abreu (www.pedroabreuphotography.com).

Here is some background on the three songs on the EP:

Written after being in a shopping mall in Malta, and realising that the goods on sale were nothing more than useless products that appeal only to people's vanity and not needs. I was listening to a lot of The Kinks around this time, which kind of explains the vocal delivery and overall sound.

This is the oldest song on the EP and was written in France. I was on a long theatre tour and was feeling isolated from my friends, my family, and my girlfriend at the time. It was originally titled 'What You Crave' but Donal thought it sounded like a Hootie & The Blowfish song, which in fairness it does, so thought it would be funny to name it in their honour. Thanks Hootie.


Throw My Life Away:

Not much of a back story on this one I'm afraid, it was written in Malta and came together pretty quickly. I think it's about growing up, becoming an adult, seeing how the world you have been rebelling against for years actually works, and realising that you haven't been missing out on much.